On the "chemin des Douaniers"

A splendid stroll at Cap d'Antibes, something to discover at every turn

Far from urban building, the coastal path, "Sentier de Tirepoil", is at the southern-most part of Cap d'Antibes. This walk, with pathways and steps in the steeper parts, is an easy walk  – as long as you have good shoes -  and will fill you with wonder for the two hours it will take you.

From the large car park on avenue Andre Sella, you barely have to walk 200m (660ft) to leave the built-up area and look out over Nice and the Baie des Anges. After this turn, you'll only hear the sea, the wind, and seagulls. 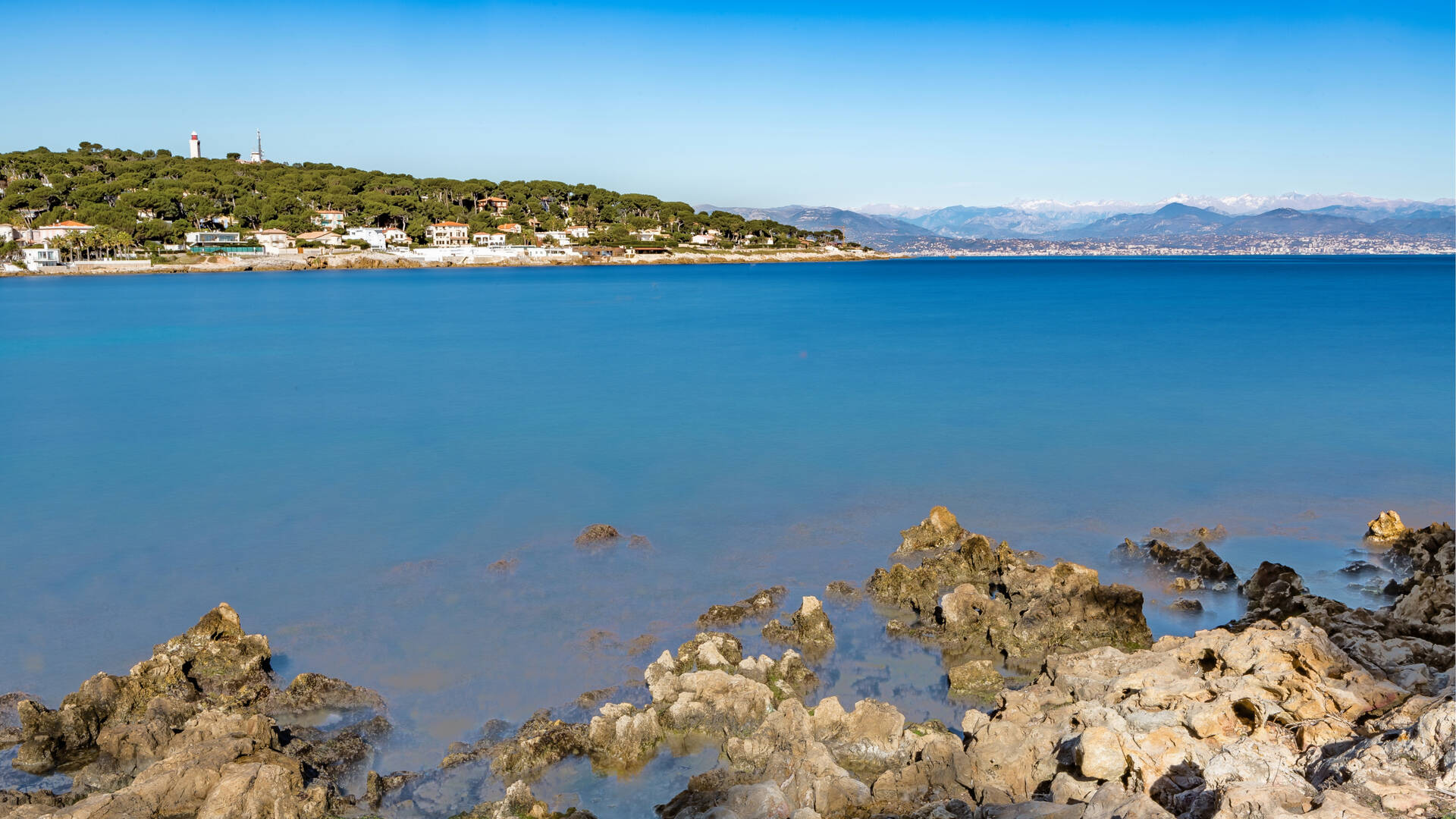 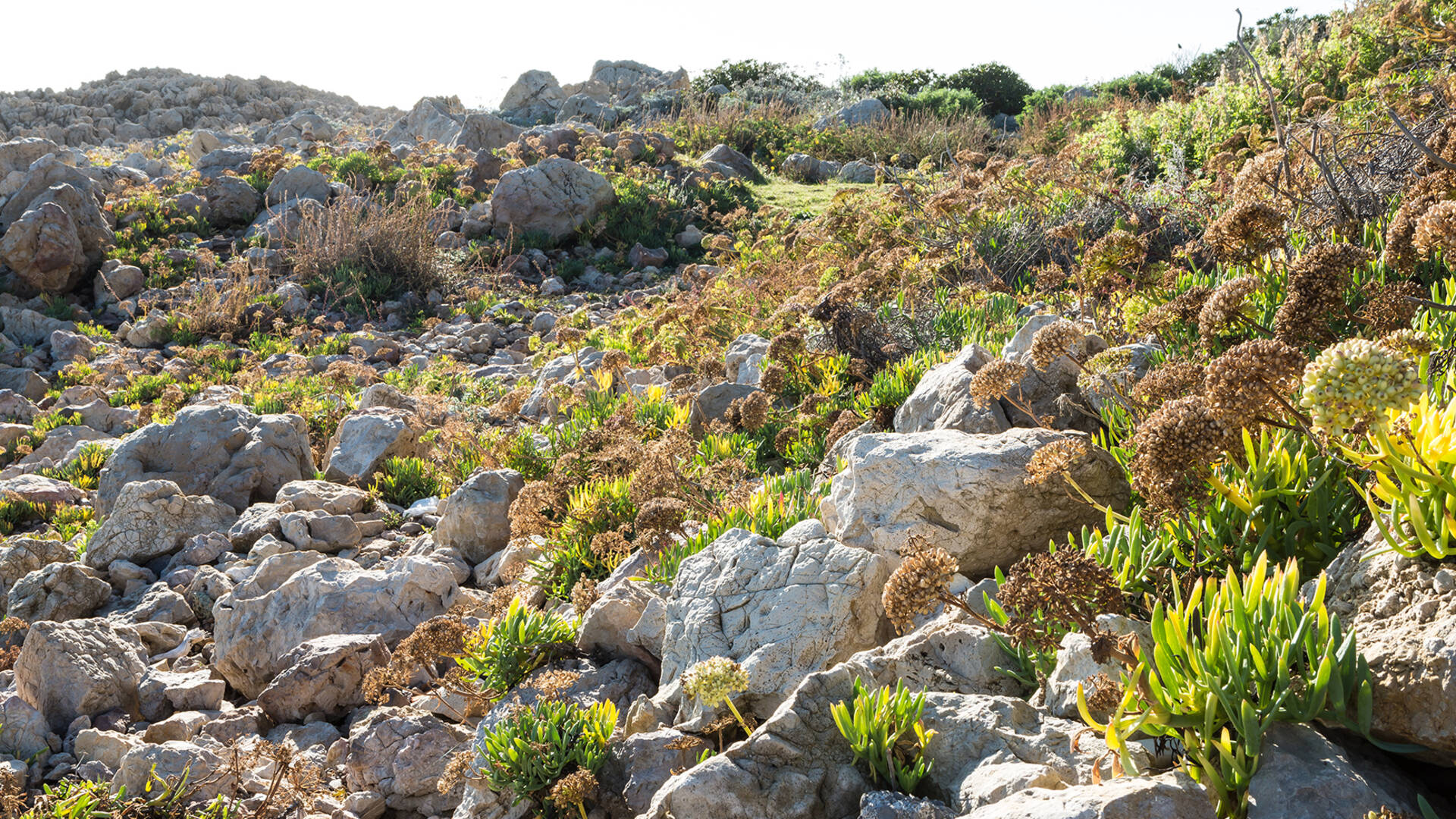 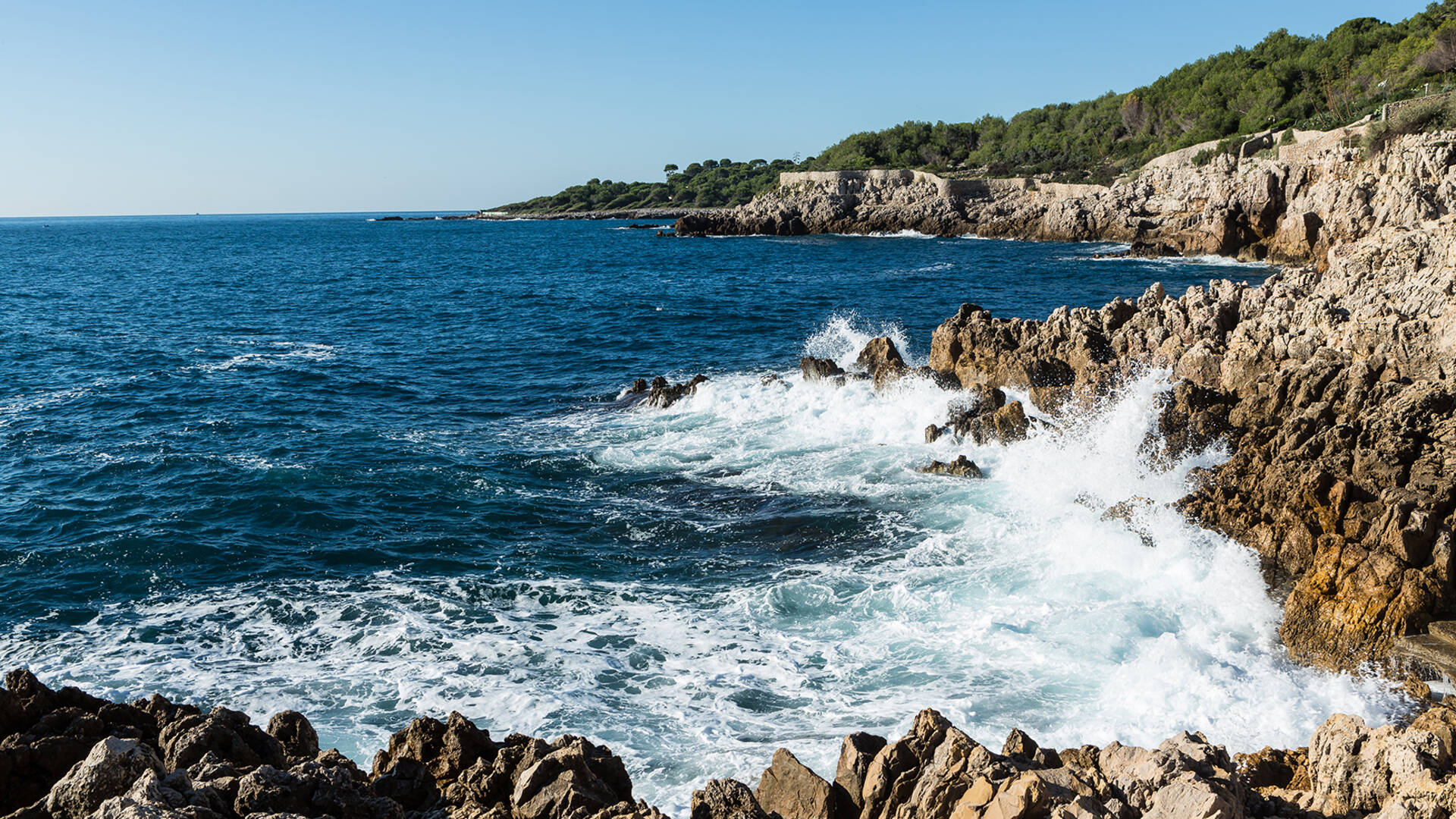 Nature in all its majesty

On this rock, which appears hostile, nature has adapted. The proof is the incredible variety of flower species including crithmum, silver ragwort, sea lavandula (endangered species) and anthyllis barba-jovis (endemic species).

At the foot of the cliff, a meadow of seaweed testifies to the quality of the water. Go a bit further and you'll pass under the branches of an Alep pine-tree deformed by the wind and sea spray.

Just before the belvedere, the landscape changes to a lunarscape, the rock changes shape and colour and in places is multicoloured - proof of the region's volcanic past.

Heaven on earth discovered in the last century

Ever since the mid 19th century, this little corner of paradise has attracted rich men who built luxury residences there.
You will pass close to Chateau Garoupe, built in 1907 and hidden by a tall stone wall and some lots of pine-trees.
From the belvedere, you might be lucky enough to see dolphins or, looking in the other direction, you'll see Chateau de la Croë, built in 1927, which was for a time the home of the Duke of Windsor and his infamous wife, Wallis Simpson. Towards the end of the path, you will pass Villa Eilenroc. Built between 1860 and 1867, the Villa was a gift to Antibes from its last owner, Hélène Beaumont, back in 1982.

The walk comes to an end  by taking Avenue Mrs LD Beaumont and then Avenue de la Tour Gandolphe.

Venturing further in your discovery...

Legend says that the Tirepoil path (literally hairpull) takes its name from the omnipresent sea-wind that messes with visitors' hair.
At the beginning of the 20th century, the coast was occupied and in part privatized by the villas' residents. The law on coastal areas allowed the city to take it back and open it to the public.
This area of Cap d'Antibes is part of the Natura 2000 Site (Site Natura 2000 "Baie et cap d'Antibes - îles de Lérins"), and is managed by the Sea and Littoral Conservatory (Espace Mer et Littoral and le Conservatoire du Littoral.)

The area is protected and must be respected.

To discover even more about this path and the species found there, the Tourist Office offers you guided tours (in French).

Warning: the path is closed when the weather is bad (gales for example).