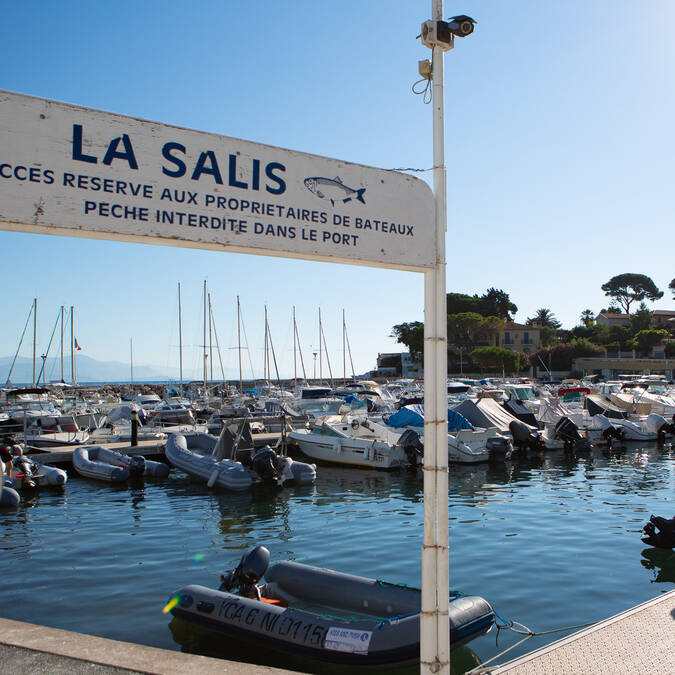 This little port is at the foot of Garoupe hill, just a stone’s throw from sandy beaches.
The bay has always been a natural harbour for boats. A harbour was built in 1911, followed by a breakwater ten years later. Over the next 50 years, the breakwater was enlarged three times, and two wooden wharfs and a harbour master’s office were added. In 1979, everything was destroyed by a tidal wave, following which the management of the port was awarded to the town, which in turn handed it over to the Port de la Salis Association. In 1995, both the port and the harbour master’s office were refurbished, and then fully renovated in 2011.
Port de la Salis covers an area of around half an acre and has moorings for 220 small boats not exceeding 6m.

Port de la Salis is still managed by the Association